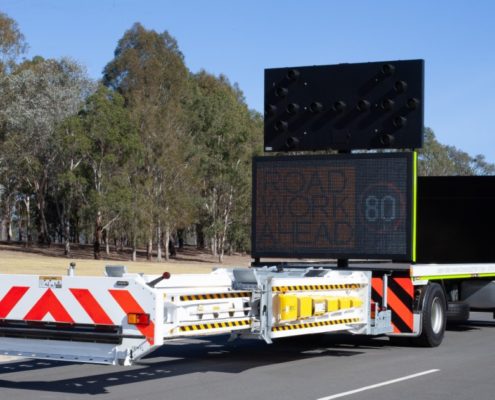 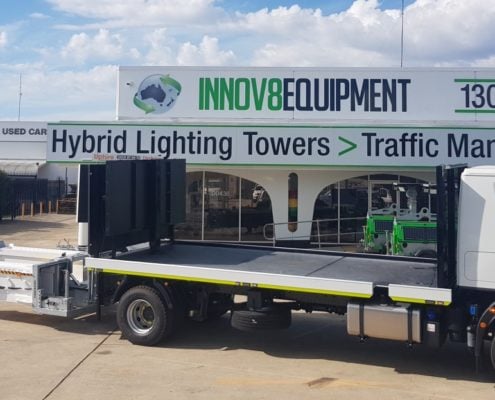 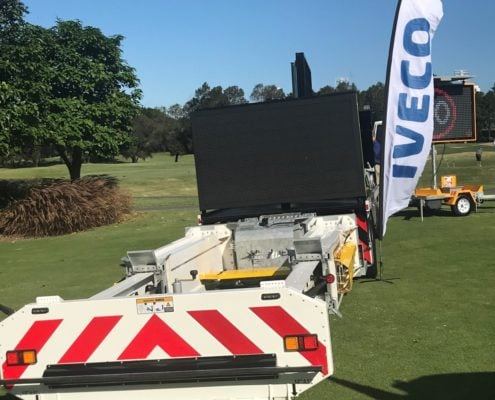 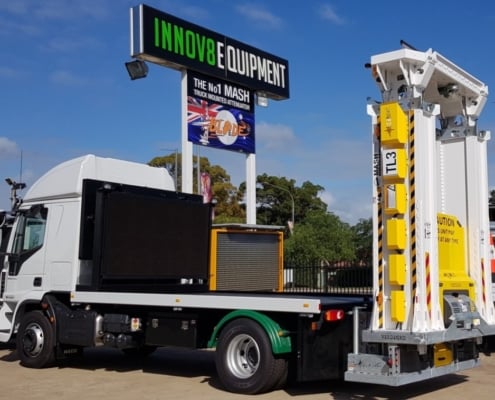 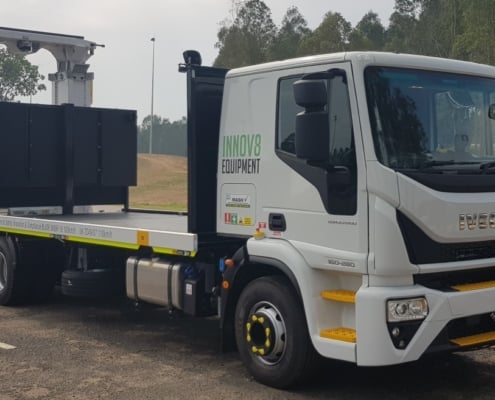 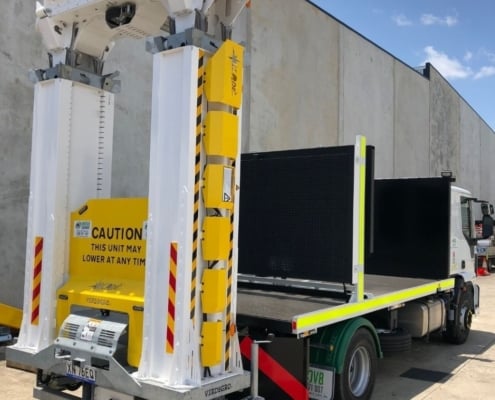 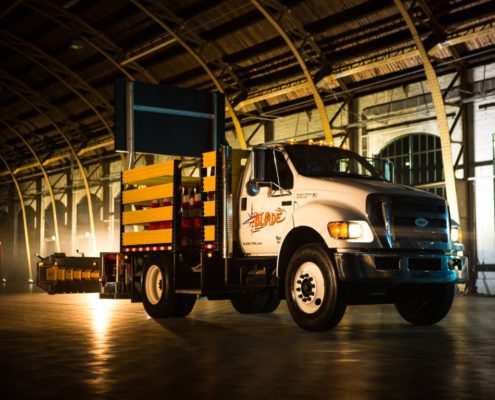 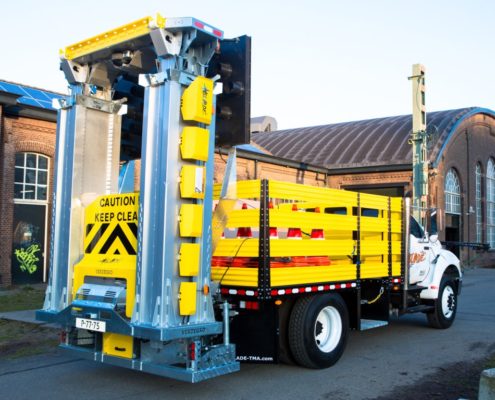 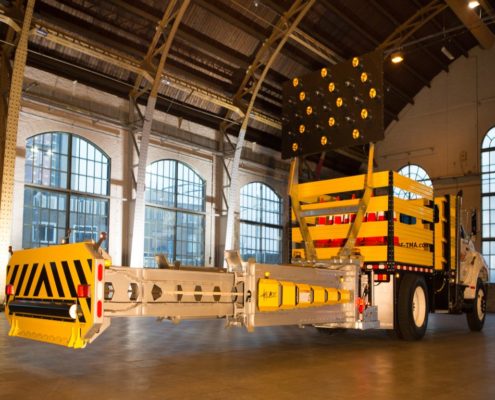 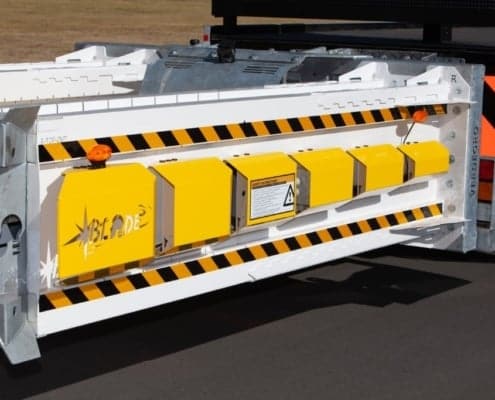 The Blade TMA is a patented crash cushion designed to safely absorb the impact of errant vehicles travelling at speeds of 100km/hr or under. It is attached to the rear of a host vehicle with the purpose of protecting exposed workers against traffic while they’re working on and alongside active roads.

INNOV8 Equipment are leaders in compliance, whereby we were the first TMA provider to reach out to the Australian Government in 2016 to get the TMA regulated and tested for “crashworthiness”. The Blade TMA Tested and approved according to the Manual for Assessing Safety Hardware (MASH) safety standards, the Blade TMA is recommended for acceptance by the Austroads Safety Barrier Assessment Panel (ASBAP) and adheres to National Heavy Vehicle Regulator (NHVR) standards. We are also compliant with State and Territories legislation.

The Blade TMA has been live crash tested (no truck fixing) to mimic a real-life impact. Testing in a true-to-life scenario allows for the accurate measurement of what is called Roll Ahead Distance. This term refers to how far forward the host vehicle will travel in the event of a rear impact. INNOV8 Equipment meets our legal obligations under Australian Standards, whereby it is required that all TMA’s have a Roll Ahead Distance recorded under test conditions. The Blade TMA also has a registered minimum and maximum support vehicle mass for utmost vulnerable road user and road worker safety.

The Blade TMA provides next-level safety, built for the future and for the protection of vulnerable road users and workers. The Blade TMA’s G Force Reduction technology showcases our dedication to protecting road workers AND vulnerable road users. If an accident was to occur, the TMA’s unique 12-Blade design dissipates the crash energy and slows the vulnerable road user down from speeds of up to 100km/hr. As an additional safety measure, 4 electric motors act like a roller coaster brake, whereby the G Force ride down is safely dissipated. This means the likelihood of a vulnerable road user travelling through the windscreen or being injured is reduced.

The Blade TMA comes with Rear Under Ride Protection as standard to the rear of the trailer. When vehicles crash into the Blade TMA, they avoid the underrunning of the TMA at the rear side because of this safety feature, which reduces the chances of fatalities and severe injuries.

The Blade TMA was also designed to safely protect and redirect the impacting vehicle away from the “coffin corner”. A phrase in the traffic management industry to describe a driver hitting the corner of the truck mounted attenuator is the “coffin corner”, as crashing into this often leads to significant injury or death for the driver of the errant vehicle. The Blade TMA’s impact plate width is the same width as the truck tray, significantly wider than most products on the market today. The dimensions of the means that the TMA can safely capture the entire vehicle and safely disperse the energy from the crash, protecting the vulnerable road user.

Not only does the Blade TMA offer the highest level of impact protection but it is also easy and efficient to operate. With the push of a button from inside the safety of the cab, it takes only 20 seconds for the TMA to move from transport to full operating position. Fast deployment and pack up optimises efficiency. In addition, the vertical transport position means no loading space is lost on the truck bed as with a fold over attenuator, and the open design creates less wind resistance and vibration while driving.

The video below shows the BLADE TMA impacted at a speed of between 90-100km/h. Performing its job perfectly, both the driver and the TMA operator were unharmed because of the Blade TMA G-Force reduction technology in its protective crash cushion. Both drivers were able to get out the vehicles themselves. This is a great result with no injuries or deaths! The Blade TMA is engineered to save lives.

MORE INFORMATION ABOUT THE